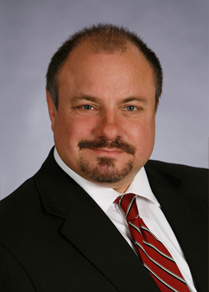 John K. Foster III entered legal practice motivated by a competitive spirit and a belief in service to those in need. Over the years, and through many trials, he has maintained his desire to compete effectively in the courtroom, but also recognizes that in some situations careful negotiation or mediation can be better avenues to achieving the results clients desire.

Mr. Foster is an accomplished Pittsburgh divorce attorney and also has considerable experience in many other areas of the law. He is a veteran of two capital cases: one in which his client was acquitted and one in which his client, although convicted of two vicious murders, received life imprisonment rather than the death penalty sought by the prosecution. In fact, he has enjoyed success in most of his criminal and civil trials.

Mr. Foster has represented both landlords and tenants in disputes, home owners against fraudulent sellers and shoddy contractors, husbands and wives in all aspects of family law and parents and children in Juvenile Court matters. He also drafts, reviews and negotiates contracts, both domestic and international.

Attorney Foster earned his Juris Doctor degree from the University of Pittsburgh in 1992 and his B.A. from Allegheny College in 1987. He is a certified collaborative attorney and a certified family law mediator.

Caring for the community

In addition to keeping up with his regular practice, Mr. Foster has engaged in various pro bono projects and has made time to volunteer in the community. As part of his pro bono service, Mr. Foster represents abused and neglected children. Mr. Foster has volunteered as an adult leader in the Laurel Highlands Council of the Boy Scouts of America for 19 years. An Eagle Scout himself, he also enjoys fly fishing and angling, camping, hunting and other outdoor pursuits.

He is president of  Not Just networking, where he has been a member for 18 years. He also is a member of the Western Pennsylvania Conservancy, the Stonedale Guns Club and the First Presbyterian Church of Edgewood.

He carries with him the values he acquired growing up in a small town and strives to exhibit those daily in his legal practice and personal life.